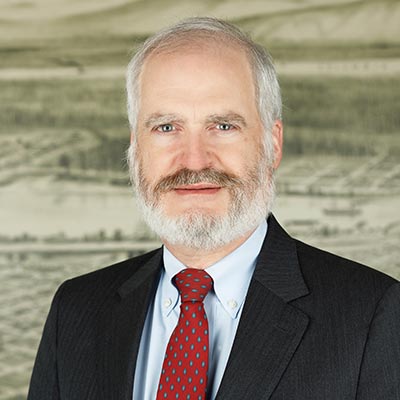 In nearly 30 years of law practice, Dean Alterman has advised private businesses and real estate investors across a range that includes buying, selling, and leasing commercial and multi-family real estate, negotiating development agreements, forming condominiums, acquiring and selling businesses, and the other legal matters that come up in the business world. Known for his unusual memory and his mathematical mind, Dean brings to his practice the experience of eight years in real estate sales, two terms on a county planning commission, and a stint as an outside director of a community bank and its holding company.

Dean frequently speaks and writes on real estate and land use topics. In 2015 the American Bar Association published his first book, a primer for aspiring real estate lawyers titled How to Build a Real Estate Law Practice. When not at his desk advising clients, Dean is an active leader in Portland's civic life, with present or past board service on many cultural and educational organizations, including the Portland Japanese Garden and Portland Piano International. Dean earned his A.B. in statistics from Harvard College in 1981. Dean received his J.D., magna cum laude, from Northwestern School of Law of Lewis and Clark College in 1989.